Anodius is cooperating with SAP Czech Republic on the implementation of customer relationship management (CRM) solution for the biggest utility player in Central and South-Eastern Europe, CEZ Group.

After last year’s contract with the energy company Energy Ljubljana, this is another foreign project of Anodius, so that in addition to Slovakia Anodius is progressively expanding its operations in Central and Eastern Europe.

In the case of CEZ, Anodius will focus on the areas of ​​electricity, gas, and heat.

“Excellent reputation and uniqueness of CRM services based on SAP were the main reasons for Anodius engagement that has a utility industry rich experience,” says Martin Helikar, Director of Field Services SAP Czech Republic, and adds that the implementation of CEZ project will take approximately fifteen months.

“The current customer relationship management project is one of the top priorities for the CEZ Group. We are therefore pleased that we can participate in the project implementation” says Rastislav Kupka, Partner of Business Development at Anodius.

CEZ Group is one of the ten largest utility companies in Europe, in terms of installed capacity and number of customers.  CEZ Group traded 17,820 GWh of electricity, 12,020 TJ of heat and 2,997 GWh of gas in the first half of this year. 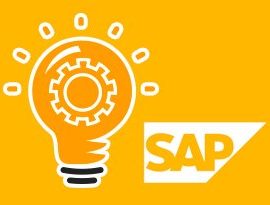