Blog / Are You Ready for SAP Fiori?

Are You Ready for SAP Fiori?

Trends in information technologies are changing at a rapid pace. What had been considered modern five years ago is often considered as obsolete today. Fast and convenient access to information decides whether the business will be successful or not. SAP programmers had just the speed, simplicity and consistency in their papers when they started to develop the SAP Fiori user environment in 2013. Therefore, it is clear, for at least 4 years, that the classic SAP GUI environment will soon be a thing of the past.

It is suggested not only at conferences organized by SAP on upcoming innovations and trends, but it is also supported by the latest version of GUI 750 released in May this year. Its new graphical template strikingly recalls the environment of SAP Fiori. Of course, it’s not a coincidence. Each new application from SAP is already in this “coat”. The latest proof is the following figure, which provides an overview of the entire portfolio of SAP products – all dominated by SAP Fiori.

As I mentioned at the beginning of the blog, SAP Fiori is “only” the user environment. If we look at the entire SAP system from the perspective of the MVC (Model, View, Controller) architecture, SAP Fiori is the View – Frontend. While it is still true that the whole processing logic remains in the backend systems, and SAP Fiori transforms this logic into a graphical view for the user. In the most simplified explanation, we can say that the “classical” transactions are replaced by the modern web-based view. But that would disparage Fiori.

In order to “push” this technology into existing systems, SAP has had to offer more than just platform and development tools. Therefore it has prepared a suite of applications (currently more than 10,000), which can be easily installed and started to use. These applications cover almost all areas of the ERP system. However, each business has its specifics, and therefore SAP provided individual developers with the opportunity to modify these applications as needed or create a new one from scratch.

As a developer in the ABAP and SAP CRM environment, I was interested in what SAP development tools offer for the modification of applications. Currently, the only official and supported developer environment are WebIDE. The applications can also be modified in the Eclipse environment (after installing plugins for Fiori), but plugins are no longer developed, and therefore it is highly probable that in the future, after the arrival of other functionalities, these will no longer be usable, and developers will be forced to move to WebIDE, for which it will be necessary to pay royalties for each developer account.

Another important aspect for me was the programming languages I need to know to be able to modify existing applications or create new ones. Are ABAP and HTML enough? Unfortunately (/fortunately?) – No. Fiori requires knowledge of JavaScript, HTML5, and XML. Does this mean that any existing web developer can start programming? Well, yes and no. As I mentioned, Fiori is “only” front-end, and there is still a need for a backend programmer (i.e., in case of ERP, the ABAP programmer). However, it depends on the nature of the application. If it is independent of the backend system, knowledge of ABAP is not needed.

As you can see in the above figure, the applications are arranged in so-called “tiles”, where each tile represents just one application. They serve as a first and brief preview of the actual status. In this case, for example, the user immediately sees the need to revise 140 Security Notes, and that this number is rising. In the same way, it is possible to interpret the increase/decrease in sales, revenues.

Following the click on the particular tile, navigation to a particular application is performed.

During the development of an application, things frequently do not work the way the developer expected. Then, debugging comes play. Many consultants reading this blog are currently scared when they read that, in most cases, just the classic ABAP Debugger would not be enough. If there is a bug in a Fiori application (do you recall, which programming languages are needed?), for debugging, only web browser development tools can be used. Fortunately, these are already of a high standard for all the most commonly used web browsers (Chrome, Firefox, in urgent cases also Internet Explorer). By installing plug-ins, e.g. UI5 Inspector for Google Chrome, debugging becomes even easier.

In the figure above, you can see what has come from the backend system (in .json file format) when you click on the item from the list.

SAP Fiori is the present and future of the user environment of all SAP applications. Its agility, unity, and readiness for mobile devices make it competitive in the current conditions and trends in IT. Due to the overlapping of multiple programming languages and procedures, it puts greater demands on programmers, but also technical consultants who want to identify the causes of the problems through debugging.

However, ignoring it is not advisable, since it is already present in every SAP application and it will not be different in the future.

Experts Will Advise You

Anodius is an official certified SAP partner. We have a team of professionals to help you with your SAP Hybris solution design, implementation, user training, and any post-implementation services. 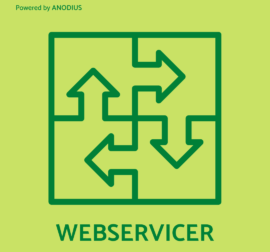 Seamless Integration of Salesforce and SAP 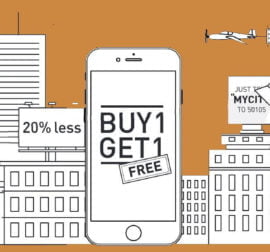 Understand Your Customers, Give Them Relevant Experiences